In 1945, 4 towns and 1 village (Kawachi city, Yamauchi village, Nakazato village, Tana village, Shinjo village) were transferred to Kohoku-ward, Yokohama City, Azamino belonged to a part of Yamauchi village at the time of incorporation.

Development of residential land development by Tokyu Dentetsu started from around the latter half of the 1950s, Tokyu Denentoshi-Line Mizoguchi〜 Nagatsuda opened in 1969, Green District was separated from Kohoku-ward in 1967, Azamino is born.

Since then, even after entering Heisei, the development of residential land in the Asamino district has progressed smoothly, and in parallel with that, in 1993 the municipal subway line 3 opened, and the subway Azamino station was completed.

Today, Asamino has grown into a town full of fragrant culture, representing the suburban cities of Yokohama, where something like Azamino brand is becoming established as so-called "Azaminoze" living elegantly. 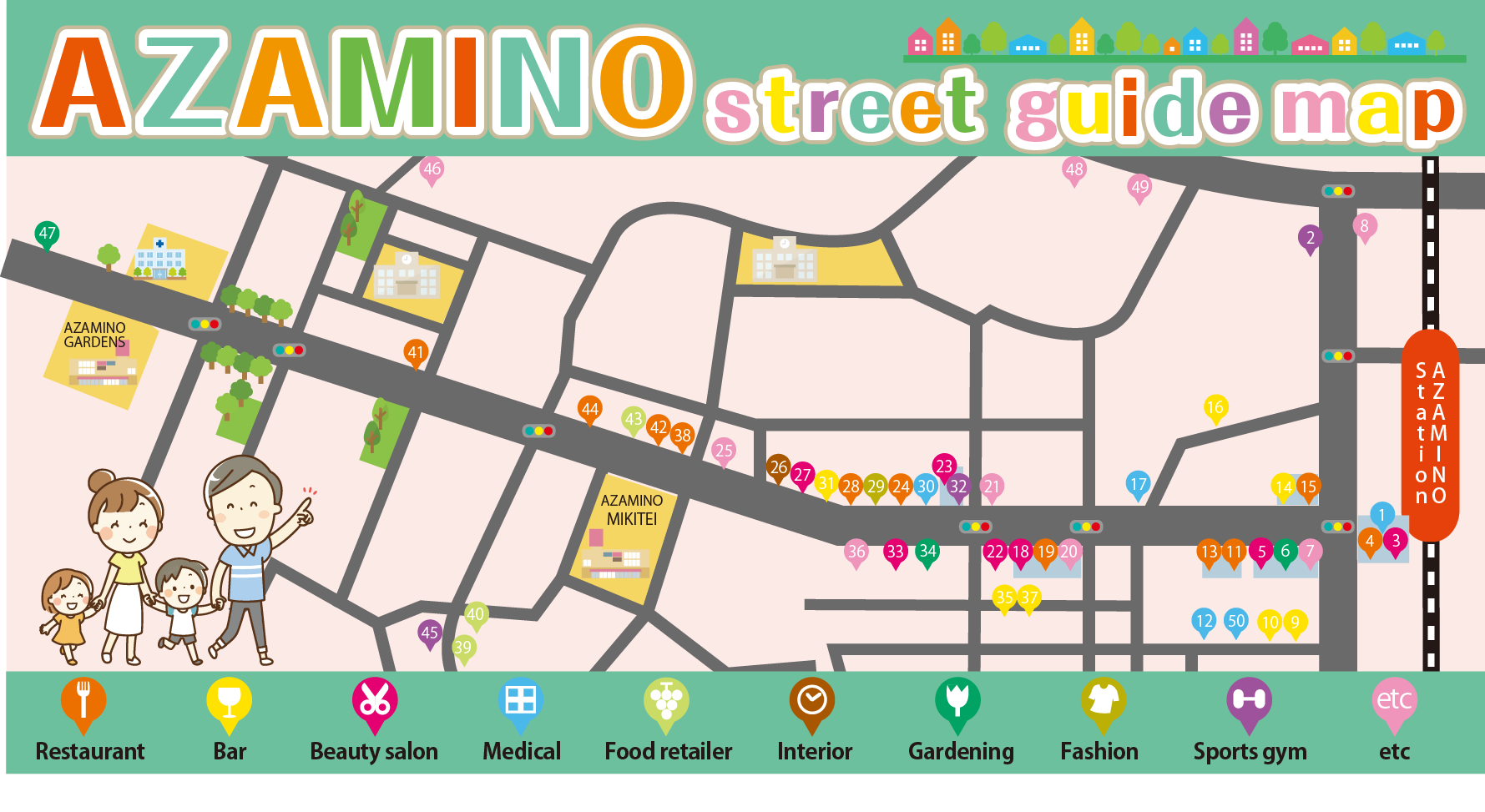